Craven County was named after William, Earl of Craven: 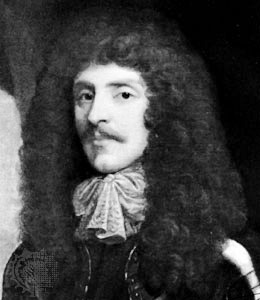 Craven County Government: In North Carolina, county government is the level that directly impacts every citizen. County governments were originally created by states to give citizens greater access to state government services. In the days of horse and buggy, citizens could not be expected to travel to Raleigh every time they needed government services. Therefore, the state legislature created counties, and the governor appointed justices of the peace to oversee them and carry out the state's mandated policies and services.

After the Civil War, the new NC Constitution gave citizens more input into electing their local leaders. Citizens were given the power to elect a sheriff, county coroner, registrar of deeds, clerk of court and board of commissioners. The commissioners replaced justices of the peace and were given the responsibility for overseeing county finances and setting the property tax rate. Today, the counties remain arms of the state and carry out many of the services mandated by the state and federal governments. The state legislature determines how many counties there are and what the boundaries will be.

Who Runs the County?

The board of commissioners sets the property tax rate and adopts the county budget each year. The budget is adopted by way of an ordinance, which must be voted on by June 30. By law, a county budget must be balanced, and counties are required to maintain a fund balance or savings account equal to 8 percent of their budget. Each year, department heads must submit their budgets to the county manager who, with his staff, will review/make changes and submit them to the commissioners for review and a final county budget. The board also establishes county policies by adopting resolutions and local laws known as ordinances.

Counties do not have the authority to implement new taxes or increase existing taxes, other than property taxes which they can adjust at any time. The North Carolina Constitution requires that all property be assessed at its fair market value and requires counties to re-assess property values every 8 years. (Counties have the option to re-assess more frequently.)

Local sales taxes are another important source of revenue and provide about 20 percent of Craven County revenue. The county shares the sales taxes with all the municipalities within its bounties and the state government. Charges for certain services, such as building permits, copies at the registrar of deeds, fire protection and various tests at the health department account for 15 percent of the county's revenue. The balance mostly comes from the state or federal government in the form of pass-through or grant money to furnish services mandated by those governments.

Where does the money go?

In North Carolina, counties are required to build and maintain school buildings. They also pay for the utilities for each school. Many counties, Craven included, offer teacher salary supplements to attract and maintain qualified teachers. Craven County also pays for teacher aides, books and supplies and contributes funding for security personnel at some schools. All this comes to about 25 percent of Craven County's budget.

Social Services is the largest single budget item, accounting for 28 percent of Craven County's budget. The county commissioners appoint members to the Department of Social Services Board of Directors (DSS), and board members hire a director to oversee day-to-day activities.

In Craven County there are about 280 employees who work for DSS. Due to the many problems in society, the county expects that part of the budget to increase. Five years ago there were 9 children in the county's foster care; today that number is about 150. The annual amount of money that passes through DSS is well over $125 million. Much of that is pass-through funding from the state or federal government. In most states the state government administers public assistance programs. In NC that task is assigned to the counties. DSS administers the food stamp and Medicaid programs as well as its normal duties, such as overseeing foster care, child abuse, etc.

The health department and environmental services account for about 15 percent of the county budget. Debt service, paying off money the county has borrowed, accounts for 2 percent.

There are several types of services the county is required to provide: register of deeds (elected by the citizens), mental healthcare, health department, agricultural extension, building inspections, social services and the sheriff's office. The state allows the counties to provide other services if they so desire. Examples: public libraries, water and sewer, airport, hospital and parks and recreation.

The county commissioners appoint a board of directors to oversee the operation of Craven Regional Hospital, which has its own budget.

Coastal Carolina Regional Airport operates as its own authority. The airport board of directors is appointed by county commissioners, and that board hires a director to oversee day-to-day operations. The airport has undergone several expansions and is considered one of the finest of its size in the Carolinas.

Solid waste is another optional government service that Craven County has elected to offer. The county contracts with several private haulers to pick up trash, which is then hauled to a regional landfill located in Tuscarora in the western part of the county. Craven, Pamlico and Carteret Counties are members of the Regional Solid Waste Authority. All trash from those counties goes to the Tuscarora landfill for a final resting place. There the landfill director, hired by the authority, makes sure it is disposed of in a manner that meets all state and federal requirements.